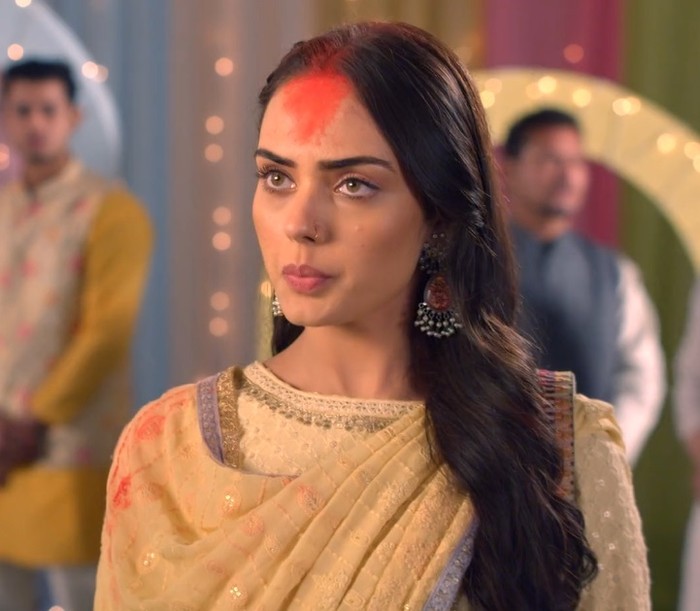 The newly and freshly aired Indian television Melo drama of Teri Meri Dooriyan has been receiving love by Star Plus fans.

The show is based on a casual middle class girl Sahiba (Himanshi Parashar) and a rich wealthy man Angad (Vijayendra Kumeria).

Angad and Sahiba are seen to meet up each other constantly and the common thing is they fight.

On the other hand Sahiba’s elder sister Seerat is a fan of money and great lifestyle.

She fakes her true face to marry Angad Brar.

Seerat gives the great news to visit the Brar mansion to her family.

Where Seerat’s mother is all happy Her father is against doing this wrong thing.

Further Seerat is seen to compare and show her father as a failure.

Soon, in the upcoming episodes Ajeet is seen to feel bad as a failure father.

Sahiba feels bad for her father

Sahiba comes to hold her father and the family drama is about to get bigger as Sahiba asks Seerat to stop.

But Seerat is not going to listen at all.

Ajeet feels delightful to have Sahiba.

Looks like Sahiba is the ideal girl and it will be interesting to check out when Angad gets to see the facts.