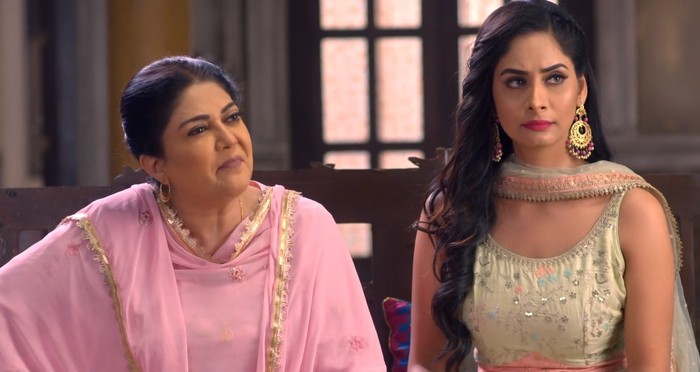 The latest airing of the Indian television industry Airing on Star Plus is none other than Teri Meri Dooriyan.

The show has tangled the love story between a middle class artist Sahiba (Himanshi Parashar) and a rich wealthy man Angad (Vijayendra Kumeria).

As it turns out fate brings Angad and Sahiba together again and again yet the lead characters are all about arguing.

On the other hand Sahiba’s sister Seerat wants to marry Angad Brar to enjoy all the money and luxury.

Seerat has met Brar family with a fake introduction and all well mannered attitudes.

Angad is going mad to marry the most genuine girl Seerat.

But the twist is Angad doesn’t know the true face hidden behind the simple girl.

With this Angad calls Seerat to asks her to come over with her family to discuss their marriage.

Well, Seerat has played a great game and now she is seventh heaven.

But do you think her happiness is going to stay for long.