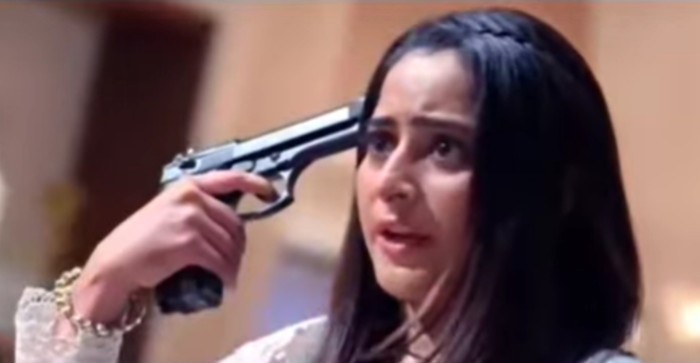 In the upcoming episode of Ghum Hai Kisike Pyaar Mein the most awaited twist will be out amidst the public.

As per the storyline of the show it will be seen that Pakhi will hold a gun against Sayi first and upon eyeing the confidence of Sayi will change the direction.

Pakhi will very well know that Sayi will not give up even if Pakhi will shoot Sayi and so now it will the time for a game changer plan.

Pakhi will try to kill self with Virat's gun which will make Virat liable for the entire procedure of snatching.

Sayi on the other side will also try her best to snatch the gun from Pakhi so that Sayi will get a hold of Vinayak.

Virat helpless as Pakhi kill Sayi in the process

Virat will be completely not able to stop the lunatic harassment of Pkahi which Pakhi will be giving to Sayi and Virat.

It will be now interesting to watch that who will be at the other side of the gun that will be held by Pakhi?

Pakhi, Virat or Sayi- Who will get targetted and get a bullet in the stomatch?

Stay tuned with me to get some more out of the world amazing updates and gossips on Ghum Hai Kisike Pyaar Mein.

Ghum Hai Kisi Ke Pyaar Mein: Virat comes up with the truth a...