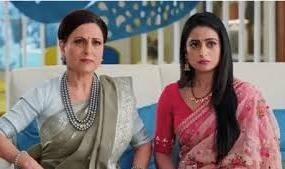 It seems that Virat will head for a mission wherein his life will be at stake.

He will go on a massive shootout location and will chase the terrorist Sadanand. Meanwhile, Sai has realized that Virat loves her.

She was about to confront Virat about the same but she saw him dressed in his uniform heading for the mission.

While Virat will chase Sadanand, Sai feels restless and nervous at home.

A series of bad omen makes her worry for Virat.

As Virat is out on the mission, Pakhi will bad mouth about him.

This will irk an already stressed Sai.

She will then plant a tight slap on Pakhi’s face and shut her up.

Sai will be extremely worried for Virat and in the meantime will also realize that she loves Virat.