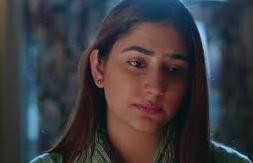 It was earlier seen that Ram will notice that Priya is always angry with people around her and will hence try to know the reason.

He will take it on himself to make Priya happy.

He will try to help Priya out in dealing with the bank loan and try to crack silly jokes but instead of being happy Priya will further get angry with Ram for interfering in her personal matters.

Priya on the other hand will secretly love the idea that Ram is trying to help her out.

Will Ram be able to make his place in Priya’s heart or not?

Will Ram and Priya be able to understand and respect each other’s feelings or not?