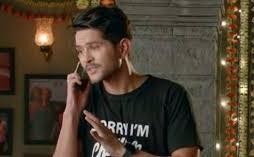 It was earlier seen that Priya will go ahead and sign the pre nuptial with Ram so that they can move ahead and marry.

This act of Ram Kapoor will leave Akki disappointed and hence he will talk about it to Shivina.

Ram will see Shivina super tensed and wants to know what happened.

Shivina will make Ram realise his mistake of forcing Priya to sign the pre nuptial.

She will later demand Ram to make Priya happy during their Sangeet ceremony as Akki is emotionally very attached to Priya.

Ram will soon take it as a challenge to bring smile on Priya’s face.

Will Ram be able to succeed in his mission or not?

Will Ram and Priya be able to understand each other or not?