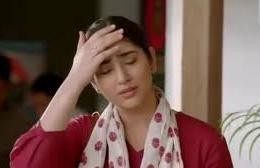 It was earlier seen that Nandini will create a huge scene in front of Priya and her family as she wants to know why her relationships are so complex.

Priya will feel bad that everyone is behind the fact that her mother and father are not staying together and leaves in anger.

Later Ram will go to Priya’s mother to have a talk with her and remind her that he is just like a son to her and she need not worry about Priya and her anger.

Funnily Ram will reveal in front of Priya’s mother that he is scared of Priya and her anger.

Will Ram and Priya be able to have a successful marriage or not?

Will Priya be able to move ahead of her bitter past or not?