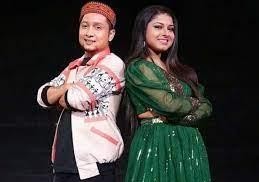 It was earlier seen that after lots of ups and down Ram and Priya are finally getting married.

The show is now gearing up for Priya and Ram's marriage track and the pre-wedding festivities have already kicked started.

The upcoming episode will witness the sangeet ceremony of Ram and Priya and there will be a grand celebration.

Pawandeep is the winner of Indian Idol 12.

The duo will be making everyone dance to their tunes as they croon at Ram and Priya's sangeet.

Will Ram and Priya be able to get married or not?