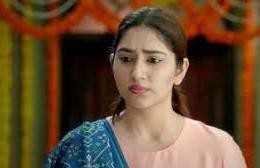 It was earlier seen that Shashi will hire Priya’s greedy father to ruin her marriage with Ram Kapoor.

Shashi will hence catch hold of Priya’s father who turns out to be a greedy man behind money and doesn’t care about his first wife and three daughters.

Priya’s father will come to their house and will put up fake concern and will want to be a part of the marriage so that he can create drama in each and every ceremony.

Will Priya be able to know the dirty intension of her father or not?

Will Shashi once again ruin Ram’s happiness or not?