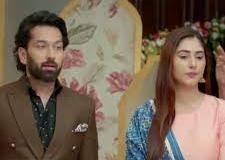 It was earlier seen that Neeraj is not able to accept the fact that Priya is getting married to a billionaire like Ram Kapoor.

This will affect his male ego as he thought that Priya will remain a single all her life because of him.

Neeraj will hence create a scene during Ram and Priya’s engagement ceremony where he will reveal that Priya still loves him.

However Priya will deny having any kind of relationship with him and reveals that Neeraj is married to her younger sister.

Ram will also support Priya in front of the entire guest and will assure her that there is no problem with her having a past.

Will Neeraj allow Priya to marry Ram peacefully or not?