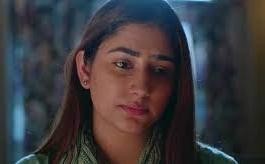 It seems that Ram’s simplicity and honesty will win Priya’s heart and she will agree to marry him.

Priya will go to her mother and will inform her about the same.

Priya will be able to relate to Ram and the emptiness that he has in his life.

Priya knows that she can never fall in love again but she feels that maybe two broken heart can live together with respect.

Ram on the other hand feel be shocked that Priya agreed to marry him and will be happy that maybe two opposite people can come together and lead a happy life.

Will Ram really marry Priya to fulfil her wish?

Will Priya be able to get married to Ram or not?