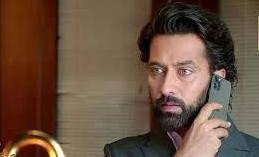 It was earlier seen that Shivina’s mother will come to meet Priya’s mother and will agree to get Ram married to her daughter Priya if Akki agrees to marry Shivina.

Though Ram and Priya both will disagree to this alliance but Ram will soon come to know that Shivina is pregnant and this will leave him in dilemma.

Ram will face the biggest problem of his life as on one hand he has his own life and on the other Shivina.

Ram will remember the promise that he made to his dying father that he will always take care of his younger sister Shivina.

Will Ram really marry Priya to fulfil her wish?

Will Priya be able to get married to Ram or not?