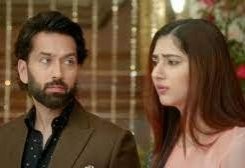 It was earlier seen that Neeraj will try to create a scene during Ram and Priya’s engagement ceremony.

However Ram will handle to situation very well and will not allow Neeraj to ruin his engagement.

Ram will later crack silly jokes to make Priya laugh so that seeing her happy with Ram will make Neeraj unhappy.

Both Ram and Priya want to prove Neeraj wrong that they are not happy together and hence the two will team up to teach him a lesson.

Priya will make it very clear in front of Ram that she has no feelings for anyone and can never fall in love with anyone.

Will Ram and Priya be able to get happiness in each other’s life or not?