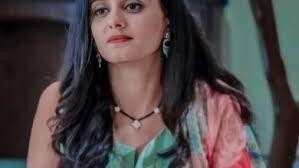 Ghum Hai Kisi Ke Pyaar Mein is revolving around the huge fight between Virat and Sai.

It seems that things between Virat and Sai is getting from bad to worse as both of them are not willing to understand each other.

Sai will once again blame Virat for having an extra marital affair with Pakhi behind her back and blames him for all the wrong in her life.

Virat will not be able to tolerate Sai anymore and hence does the unthinkable.

He will be seen slapping Sai in anger as she will once again point fingers on Pakhi and his relationship and talks about the cafe incident.

Sai will be stunned by Virat’s act and will not be able to carry forwards her relationship any more.

Will Sai and Virat be able to bond once again or not?

Ghum Hai Kisi Ke Pyaar Mein: Samrat decides to go back to or...

GHKKPM: Pakhi angry as Sai grabs the limelight once again

GHKKPM: Devyani past mental abuse resurface gets compared to Sai