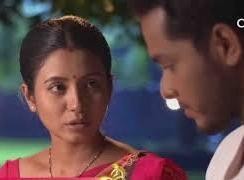 Colors daily popular show Nima Denzongpa is revolving around Nima’s struggle to maintain peace and harmony in her life.

It seems that Suresh will call Nima to and have a conversation with her.

He will talk to her about all the good times that the two have spend with each other and will soon reveal his decision to divorce Nima and lead a happy and content life.

Suresh is fed up of the daily drama and wants to put an end to all the misery in life and will hence demand divorce from Nima.

Suresh fed up of life

Nima will get the biggest shock of her life as she never expected that Suresh will want to part ways from her and leave her alone.

Suresh on the other hand is under pressure as he is not able to understand how to deal with the situation.

Will Nima be able to forgive Suresh or not?