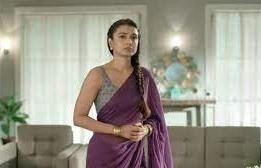 Imlie: Imlie gets rusticated from college

It seems that Imlie will fail to prove Malini wrong and will get into the bad books of everyone.

Imlie will get rusticated from her college as the college authorities don’t want Imlie to be part of their institution.

Her college principal as well as teachers will raise objection on Imlie for targeting a woman.

Malini has played her cards very well and knows that Imlie is very serious about her education and will hence target that first.

Imlie will be seen going down on her knees and pleading the principal for cancelling her rustication but no one will sympathise with her.

Will Malini be able to win her battle against Imlie or not?

Will Imlie be able to get justice for Aditya or not?