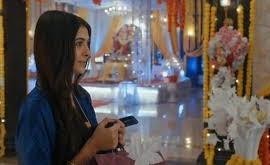 It was earlier seen that Pallavi will see Abhishek’s death with her own eyes and will therefore go to his mother’s house to be by her side in times of pain.

Abhishek’s mother will not be able to accept the fact that her son is no more and will curse the people who were making him do all the wrong things.

Raghav will be standing behind Pallavi and will be shocked to see the pain and agony in Abhishek’s mother’s eye.

Raghav will feel the pain that Abhishek’s mother is going through but will not be able to do anything about it.

Shockingly Raghav had send some money to Abhishek’s family but his mother will set it on fire as she doesn’t want anything from his murderers.

Will Raghav be able to overcome this trauma or not?