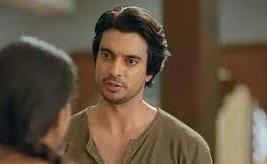 It was earlier seen that Imlie will go against the entire Tripathi family and lodge a FIR against Malini for molesting Aditya in an intoxicated state.

Malini will get arrested by the cops but Anu will get her out in bail.

Later Malini and Anu will go to a mahila mandal and will cry for help.

They will reveal that Imlie has snatched Malini’s husband after he molested her and further lodged an FIR against her.

The Mahila Mandal will go to Aditya’s house and will throw shoes on him.

However Imlie will not allow anyone to humiliate Aditya in front of her and will turn into his shield.

She will give befitting reply to all the people who are against Aditya and are blindly supporting Malini without knowing the truth.