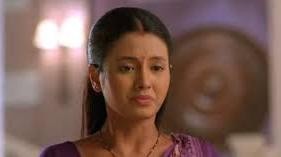 It seems that Tulika will get a call from hospital that her father is admitted in ICU and struggling between life and death.

She will hence leave for Kolhapur as her father doesn’t have anyone else to take care of him.

Surendra will take advantage of the fact that Tulika is not around him and will hence try to talk to Nima and bring her back in his life.

Nima on the other hand has moved on in life and hence doesn’t want to keep any kind of relationship with Suresh as she feels that Suresh in not worth the trust.

Suresh will try to win Nima back with his cute tricks but Nima is head strong on not returning back.

Will Suresh be able to bond with Nima once again or not?