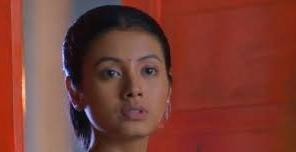 It seems Nima is no more the innocent and naive girl she use to be once upon a time.

She will try to make a living for herself as she has to build a future for her daughters.

Nima will soon get hold of a job and will get a new house for herself as well in rent.

Later she will admit her daughters in school as she wants her daughters to have a successful life and not land up in soup like her.

Suman will be very happy to see the vision that Nima has for her daughters as Nima is a fighter and will never give up.

Later on Sunita and Tulika come to know about Nima’s job and get shocked.

Will Nima be able to live a respectable life or not?

Will Tulika and Sunita allow Nima to live peacefully or not?