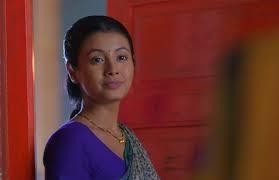 Nima Denzongpa: Nima lives life on own terms and condition

It seems that after a lot of ups and down Nima will be able to get a job for herself.

This will leave her on cloud nine as finally she is able to give food to her daughters.

She will soon decide to take a room on rent in the same basti where Suresh lives with her mother and second wife.

This will come as a shock to Tulika and Sunita that Nima was able to secure a job and take a house so fast.

Nima on the other hand will not want Tulika and Sunita to come near her or her daughters and will ask them to stay away.

Will Tulika allow Nima to stay peacefully or not?

Will Nima be able to live life peacefully or not?