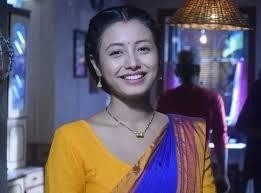 It seems that things are getting difficult for Nima as she has been asked to leave Suresh’s house by his mother and second wife Tulika.

Nima is very innocent and has no clue as how thing work in real life as she was always protected by Suresh.

If rumours are to be believed Nima will soon get trapped in prostitution racket and will not know how to come out of it.

She will be falsely given hope for a better living and house and bought to a red light area.

Suresh on the other hand starts getting clue that Nima has landed in a huge trouble.

Will Suresh be able to save Nima before it’s too late?

Will Nima and Suresh be able to unite or not?