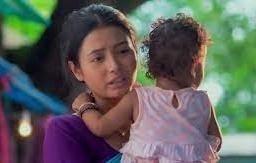 It was earlier seen that Tulika and Sunita will lie to Suresh that Nima is staying at their neighbour’s house as she walked out of their house in anger.

Suresh will soon come to know that his neighbours were out of station and therefore Nima is not with them.

The neighbours will spit on Suresh for abandoning his first wife Nima after getting married and having a son from his second wife.

Suresh on the other hand will get numb as feels that he has let Nima down who left her family and loved ones behind for him.

Suresh will try to search for Nima but she will not be found.

Will Suresh be able to bring Nima back in his life or not?

Will Nima be able to forgive Suresh or not?