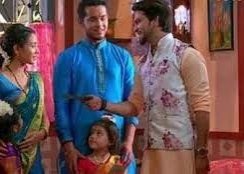 It was earlier seen that Tulika and Sunita will make Nima’s life hell and will literally force her to move out of the house.

Nima will be left with no choice but to leave Suresh’s house as she is not able to tolerate the torture on her and her daughters.

If rumours are to be believed Suresh’s boss Viraj will hold Nima’s hand will be give her place to stay and work to do.

This is definitely going to be the biggest turning point of her life as Nima has to survive in this competitive world and give her daughter’s decent upbringing.

Viraj will show sympathy towards Nima and will take her in his shelter.

Will Nima be able to make her own path or not?