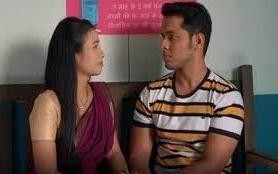 It was earlier seen that Suresh will get married to Tulika as Nima was not able to bare him a boy.

Shockingly soon after his marriage with Tulika will get pregnant and gives birth to a baby boy.

After the boy’s arrival in house Suresh will become indifferent towards Nima and starts avoiding her.

Things will become very difficult for Nima as Tulika will make sure that she rules the house.

Nima and her daughter’s suffering will reach its peak as Suresh will also join Tulika’s team.

Nima will be waiting for Suresh to come to her but he will be behind Tulika as she gave birth to a baby boy.

Will Nima be able to take a stand for herself or not?

Will Suresh be able to realise his mistake or not?