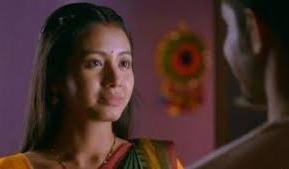 It seems that Tulika wants to throw Nima out of her house at any cost.

She will hence create such a situation that Suresh will start believing that Nima is not happy with Tulika’s unborn child and wants to kill him at any cost.

Though Nima will keep telling Suresh that she is not aware of any such happening and is being framed by Tulika but Tulika will put up such an act that he is forced to doubt on Nima.

Suresh gets angry with Nima

Suresh for the first time will yell at Nima and will demand her to stay away from Tulika and her child.

This act of Suresh will break Tulika’s heart as she never expected Suresh to doubt on her.

Will Suresh be able to understand Tulika and his Aayi’s planning or not?