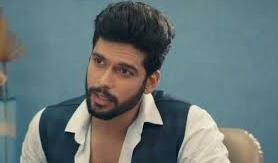 Star Plus show Mehndi Hai Rachne Waali is revolving around a huge misunderstanding between Raghav and Pallavi.

It was earlier Raghav is not talking to Pallavi as he is upset with her regarding Sunny and Kirti’s marriage drama.

She will hence make a plan to teach him lesson and make him listen to her forcefully.

She will hence tie him up with his bed and gets fake doctors to treat him as he will get scared and ask for help.

It will be very funny to see Raghav feeling scared of the drama put up by Pallavi to teach him a lesson.

Pallavi will hence use this opportunity and ties him up so that he cannot leave her and listen to her explanation regarding Sunny and Kirti’s marriage.

Will Raghav be able to forgive Pallavi for making him go through all the trouble of life or not?