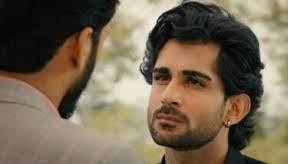 Star Plus show Mehndi Hai Rachne Waali is revolving around the huge fight between Sunny and Mandar.

It was earlier seen that Mandar will humiliate Sunny in front of everyone and raises hands on him and calls him by disgusting names.

This will have a huge impact on Sunny as he is not able to forget and forgive Mandar at any cost.

Soon Sunny will change his team and join hands with Raghav as the two have a common enemy.

Sunny will help Raghav to get clues against Mandar so that he can throw Mandar behind the bars forever.

Both Raghav and Sunny don’t trust and like each other but due to the following circumstances the two will join hands to end Sunny’s game forever.

Will Raghav and Sunny be able to end Mandar’s game or not?

Will Mandar fall in Raghav and Sunny’s trap or not?