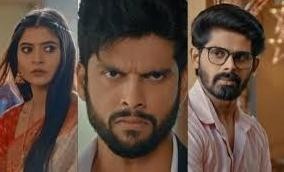 It seems that the show is soon going to witness the biggest turning point as Pallavi’s father will enter her life.

Shockingly Pallavi’s father is a big Underworld Don who is very dangerous.

He left Pallavi and his mother when she was very young and never looked back due to the danger around his back.

Pallavi on the other hand has no clue that her father is such a dangerous and powerful man.

Things are soon going to change in everyone life as Mandar will come to know about Pallavi’s past.

Raghav and Pallavi in deep trouble

Raghav on the other hand also has a past connected to Pallavi’s father that will be revealed soon.

Will Raghav and Pallavi be able to overcome these difficult times or not?

Will Pallavi be able to forgive her father for abandoning her at such young age?