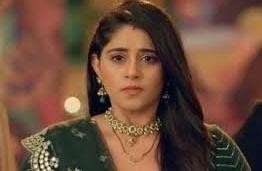 Imlie: Anu humiliates Imlie in front of everyone

It seems that Imlie will win the cooking competition but Anu will raise her objection as she will feel that Imlie has not followed the rule to make a continental dish and instead has made a Desi dish.

Anu will further humiliate Imlie by calling her as Gavaar and classless in front of everyone.

However Pallavi will not be able to tolerate Imlie’s insult and will jump in to support her.

Pallavi will introduce herself as a profession cook and makes the judges realise that Imlie has in fact cooked a continental dish.

Imlie: Poor Pallavi gets disqualified due to cheating

Imlie: Aparna shamed by guest for getting Aditya married to maid servant

Imlie: Aparna attempt to wipe out sindoor from imlie’s hairline