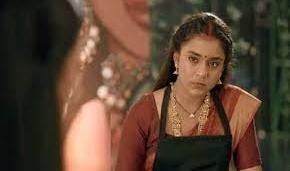 Star Plus’ latest offering Imlie is revolving around Malini Imlie and Aditya’s life.

It seems that Imlie wants to win the heart of the Tripathi family at any cost.

She will therefore take part in the cooking competition as she wants to prove herself in front of the society women and shut their mouth forever.

Later during the cooking competition Anu will ask the participants to make Italian food and not Indian food.

Anu is aware of the fact that Imlie only knows how to make Indian food and hence she indirectly targeted her.

Will Imlie be able to cross this hurdle or not?

Imlie: Aparna shamed by guest for getting Aditya married to maid servant

Imlie: Aparna attempt to wipe out sindoor from imlie’s hairline

Imlie: Imlie and Aditya thrown out of house Star Plus&rsquo...