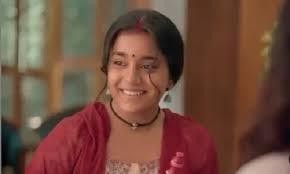 Star Plus’ latest offering Imlie is going to unfold a lot of drama in the upcoming episodes.

It seems that Aparna along with the rest of the family will decide to kick Imlie out of the house as they cannot bear the thought of accepting Imlie as their bahu.

Aditya on the other hand is madly in love with Imlie and wants her in his life at any cost.

Aditya is totally pissed off with his family's such bad tricks of separating him from Imlie.

Thus, he takes his final decision and this is what gives another shock to the Tripathis.

Aditya gives Imlie her place in his bedroom as this is the right that she deserves.

It would be interesting to know what happens next on the show.

Imlie: Imlie and Aditya thrown out of house Star Plus&rsquo...

Imlie: Imlie humiliated by Anu in college Star Plus’ ...

Imlie: Imlie forced to accept relationship with Aditya in fr...

Imlie: Imlie walks away from Aditya’s life Star Plus&...