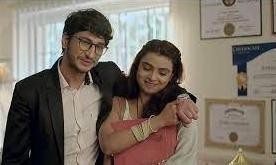 The family will get the biggest shock of their life after listening to Malini’s story as they never suspected Malini having an affair out of her marriage.

Kunal will play along with Malini and will lie to the family about his alliance with Malini.

However he will get curious about the reason behind Malini’s spoiling her own character in front of the entire family.

Kunal will soon start investigating the matter to know the real truth.

It would be interesting to see what will happen next in Imlie and Malini's life.

Imlie: Dev back from hospital divides property between Imlie Malini

Imlie: Anuja does police complain against Aditya Star Plus&...