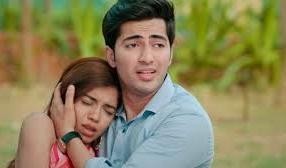 It seems that Dhara will come to know that Rishita played on her life and took the risk to rescue the entire family and even bough everyone on time for the maha puja.

This will have a huge impact on Dhara as she will feel that finally Rishita has accepted her family and cares about them.

Dhara will feel like touching Rishita’s feet and thank for saving the life of her devars as they are like her children.

Suman will also realise that maybe Dhara’s punishments were right as it bought her kids together once again.

After lots of drama the Pandya family will finally perform the Maha puja together as a family.

Pandya Stores: Rishita to save Krish huge sacrifice ahead S...

Pandya Stores: Raavi and Shiva come close to each other Sta...