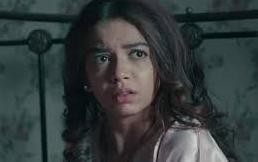 Star Plus show Pandya Stores is making a lot of head turn with its storyline.

It seems that Rishita will dream that Raavi has come to her room and informs that Dev has already done the pooja without her.

This will leave Rishita in anger.

Rishita will soon wake up from her dream and realise that it’s not true.

Rishita will start analysing the problem in her marriage and feels that she needs to change things around her.

Meanwhile Dev is angry with Rishita as due to her once again his family is going through lots of problem.

Will Rishita be able to accept the Pandya family or not?