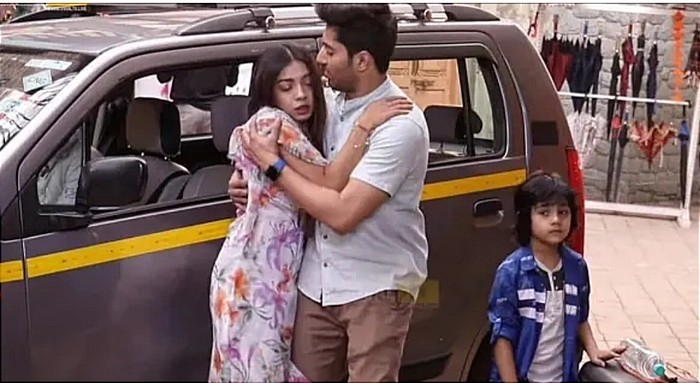 Star Plus Tv serial Pandya Store is up with an emotional sequence of meet up of Pandyas after six years leap where Gaumi would be seen getting dripped in tears and Shiva will be seen hugging his brothers for reviving into single thread again.

Before stepping in Pandya Niwas all Pandya's are welcomed by Chiku and Gautam unitedly.

Dev-Rishita gets disappointed to see Chiku, as somehow he was the reason for their daughter to have been lost for six years in the hands of Sweta.

Chiku gets pushed aside by Rishita before she enters the house in which Gaumi gets furious with her.

Rishita also gets furious in return to see nothing has changed apart from Chiku to become a mirror reflection of Dhara.

Rishita, on being hurt by Gaumi's comments, leaves the Pandya Niwas angrily.

Dhara visits the hotel where Dhara is staying to plead her to return where she puts the condition for Dhara to find a new house for herself as Dhara refuses to stay under a single roof with her.

Will Dhara affirm this condition by Rishita?

Follow serial xPRESS to know what happen next in Pandya Store.