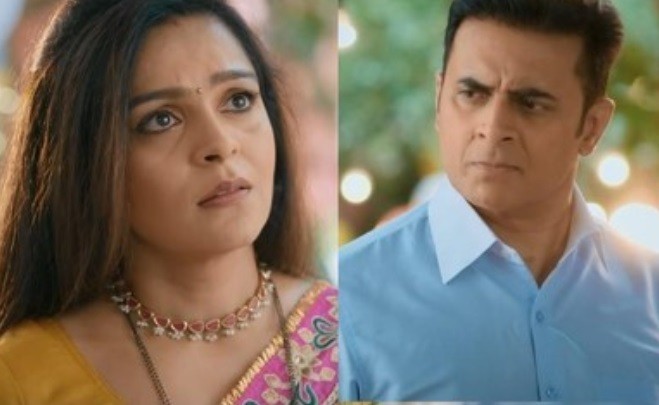 Star Plus's popular show Yeh Rishta Kya Kehlata Hai is about to showcase some interesting twists in the upcoming track of the show.

As we know, Harsh and Manjari never celebrate their anniversary.

Meanwhile, Akshara is unaware of the reason behind it and she plans a huge surprise for the couple.

On the other hand, Abhimanyu recalls the day when he was a young boy and he had planned a surprise for his parents.

He calls Harsh papa and asks him to cut the cake with Manjari.

However, Harsh refuses to do so and he starts accusing Manjari of the same.

Harsh regret the day when he married Manjari and he hates her while Abhimanyu hears their conversation and gets hurt.

From that day onwards he started hating his father.

Will Akshara be able to unite the Birla's?

Stay tuned for more updates and news on serialxpress.com