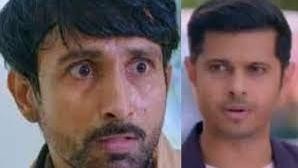 It was earlier seen that Virat will get the biggest shock of his life as he will see Sadanand running away from police and later police will inform Virat that Sadanand is actually the infamous terrorist Sada Pawre.

Unfortunately Virat will kill Sadanand in an encounter and will get the biggest shock of his life.

On the other hand the police force will be seen getting angry with Virat as they wanted Sada alive.

Soon Virat will get suspended from his duty as his seniors will think that Virat didn’t perform the duty to his fullest.

Will Virat be able to prove his innocence or not?