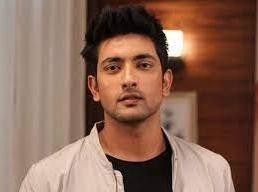 Star Plus’ latest offering Imlie is revolving around Imlie and Aditya’s life.

Actor Fahmaan Khan, who was last seen in the show Apna Time Bhi Aayega will soon be entering the show Imlie.

A source shares, "Fahmaan's name has been finalized to play a pivotal character who will bring more stress in lead characters Imlie. Fahmaan is yet to start shooting for the show. In all probability, Faheem will start shooting soon and his entry is scheduled for post Diwali. The actor will bring in some major twists and turns in the show's storyline. In fact, he will be a threat to Imlie and Aditya’s blooming romance."

Confirming the news, Fahmaan says, “My character will bring twists and turns in the life of Imlie, Aditya and Tripathi Parivaar. I decided to accept this role because it is different in many ways. My character has a lot of layers. There are many aspects and many shades to his personality which will come out as the show progresses.