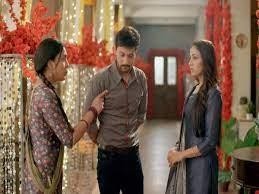 It seems that Rupali will come to know that Pranav is the real culprit behind Aditya going behind the bars.

She will also come to know that Pranav is involved in the drug racket and hence will break all ties with Pranav.

Pranav will not bother about Rupali and her feeling and will in fact threatens her to give him the evidence or he will beat her up.

He will be about to slap Rupali but Imlie will just come on time and stops him from doing so.

Apparently police will come on time and arrest Pranav before he can escape.

Will Rupali be able to overcome this heartbreak or not?

Will Imlie make sure that Pranav gets punished by the law or not?