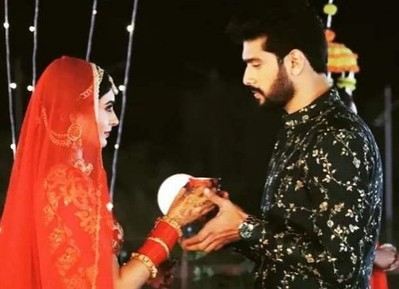 Star Plus show Mehndi Hai Rachne Waali is revolving around Esha wanting Raghav back in her life at any cost.

It seems that Raghav and Pallavi are willing to go to any extend to keep their marriage together as the two are madly in love with each other.

Apparently Pallavi will ask Esha to make breakfast for Raghav but will request her not to add peanuts.

Esha will not listen to Pallavi’s advice and will add peanuts to enhance the taste of the dish.

Pallavi pissed off with Esha

Later Raghav will start getting allergy and Jaya will ask whether Raghav has consumed peanuts or not.

Esha will get scared seeing Raghav’s condition and will reveal that she has added peanuts to the dish.

Pallavi will get angry as she had warned Esha not to use peanut while making the dish.