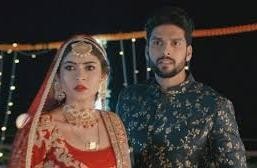 It was earlier seen that Sunny will once again plan to ruin Raghav and Pallavi’s life by creating problems between the two.

He will soon use Esha against Raghav and Pallavi’s alliance.

Sunny will make Esha believe that Raghav has turned to a Joru Ka Gulam and losing his self respect in return.

He will make Esha see Raghav apologising to Pallavi without any genuine reason and this will leave Esha jealous.

Esha will soon start feeling that Raghav belongs to her and no one else and will hence starts her planning and plotting against Raghav and Pallavi’s marriage.

Sunny will create spark in Esha’s heart by making her realise that Raghav is made for her and Pallavi cannot take him away from her at any cost.

Will Pallavi be able to save her marriage or not?