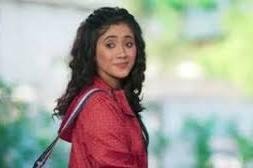 It seems that Mukesh will push Kartik very hard while fighting and he will get hurt very badly.

Kartik’s condition will get very critical as he will not be able to tolerate the pain.

Next morning Manish will take Kartik to hospital where the doctors will get his x-ray done and reveals that Kartik is having some internal injury and needs to get operated as fast as possible.

Kartik will not want to get the operation done as he wants to be a part of Sirat’s match.

However things will not go as planned and due to neglecting his state Kartik’s condition will worsen and will be rushed to hospital where the doctors will admit him in ICU.

Will Kartik be able to defeat death or not?