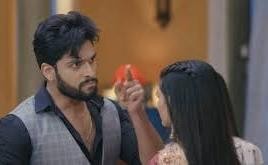 Star Plus show Mehndi Hai Rachne Waali is revolving around Raghav’s attempt to stay away from the eyes of the police.

It seems that ACP Laxmi is behind Raghav’s back as she wants to prove in front of the world that he is a smuggler.

This will have a huge impact on Raghav and his business as Laxmi is trying her level best creates problem for him.

Laxmi will find few diamonds that had no bills attached to them and will hence seal all his showrooms.

Raghav’s business downfall will have a huge impact on Raghav as his business meant the world to him.

Will Raghav be able to save his business before it’s too late?

Will Pallavi be able to build Raghav’s confidence to build back his empire once again?