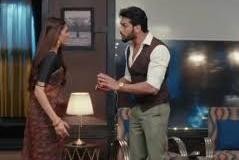 It seems that Sunny will reveal in front of Pallavi that Raghav is a diamond smuggler and due to him Abhishek lost his life.

This will have a huge impact on Pallavi as she trusted Raghav more than anything.

Sunny will remind Pallavi about the bet that if she comes to know that Raghav is a smuggler than she has to slap him.

This act of Raghav will break Pallavi from within as she will hold him responsible for the death of a young 21 years old boy.

Raghav will try to talk to Pallavi and tell his side of the story that he has nothing to do with Abhishek’s death but Pallavi is too angry to understand anything.

Will Pallavi be able to give a second chance to Raghav or not?

Will Raghav and Pallavi be able to move forward or not?