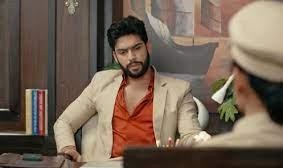 It was earlier seen that a young boy named Abhishek is working for Raghav and helps him out in his smuggling business.

The police will trace him and chase him around the city.

However Abhishek will try to save himself and in conflict will get killed by the police.

Pallavi will witness the death of the young boy and will not be able to believe her eye.

This will change her life forever as she cannot get over it.

Crack in Raghav and Pallavi’s relationship

Raghav will soon come to know that Abhishek is dead and that Pallavi saw him dying and hence gets scared that everything is going to change.

Raghav knows that Pallavi will never be able to forgive him for the death of the young boy.

Will Raghav be able to prove his innocence or not?