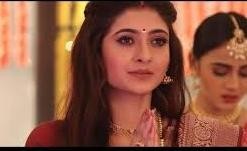 It seems that Farhad will be seen hiring a guy named Abhishek for doing diamond smuggling for Raghav.

Abhishek will happen to be Nikhil’s best friend and has known Pallavi for many years.

Abhishek will soon fall in trap of the police and will take Raghav’s name.

This will come as a huge blow for Raghav as well as the entire Rao family as due to Abhishek Raghav will fall in trouble.

Abhishek will not be able to stay loyal towards Raghav and hence will be become a huge problem for Raghav Rao.

Pallavi on the other hand is very angry with Raghav Rao as due to him a young boy like Abhishek’s career is over.

Will Pallavi be able to forgive Raghav and help him out of this situation or not?