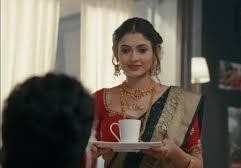 It was earlier seen that Raghav and Pallavi are not in talking terms as Raghav feels that due to Pallavi’s ignorance Kirti ruined her life by getting married to Sunny.

This will have a huge impact on their relationship as Raghav will try to avoid Pallavi.

Soon Sharda will go to Jaya and will explain to her that Pallavi is not wrong but the circumstances are making her wrong.

Jaya will hence realise her mistake and will forgive Pallavi.

Soon Jaya Sharda and Pallavi will gang up together to convince Raghav to forgive Pallavi.

It will be very funny to see Pallavi trying to woo Raghav and making him uncomfortable.

Will Raghav be able to forgive Pallavi for ruining Kirti’s life?

Will Jaya Sharda and Pallavi succeed in their mission or not?