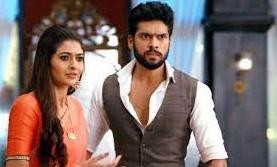 I was earlier seen that Kirti will run away from house and get married to Sunny due to Pallavi’s negligence of opening her room door.

Raghav is pissed off with Pallavi as due to her Kirti has made the biggest mistake of her life.

Pallavi will try to apologise to Raghav and will try to talk to him that she did not do anything intentionally.

However Raghav is not willing to forgive her and will instead remind her if she can reverse time and stop Sunny and Kirti’s wedding than he will be able to forgive her.

Raghav is not able to forget the fact that Pallavi went against his wish and due to that Kirti ruined her life.

Will Raghav be able to know the actual truth behind Kirti and Sunny’s wedding or not?