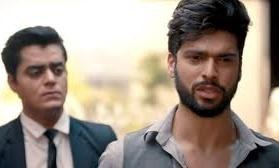 It seems that Raghav will be living a dual life in front of the world.

Shockingly in front of everyone he is a business tycoon and diamond mughal.

However in reality he is a dangerous smuggler who brings Diamond in India illegally.

He is hiding this fact from the world and his family as he doesn’t want them to get in any kind of trouble.

Pallavi will soon come to know about it and will not be able to tolerate the cheat.

She will hence call the cops and gets Raghav arrested for cheating the government.

This will create a huge fight between Raghav and Pallavi as Pallavi is not willing to sacrifice her values for money.

Will Raghav and Pallavi be able to come together or not?

Will Pallavi be able to change Raghav and make him an honest business man?